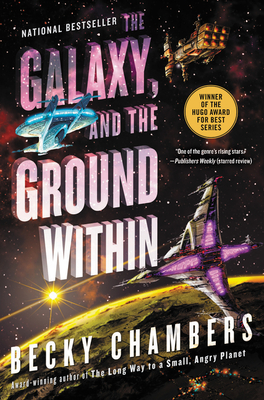 “A story filled with heart-warming characters and intriguing connections. Chambers once again creates an epic space setting with a detailed, personal view of some of its inhabitants. Humor and heartache weave through her insightful prose and diverse characters.”
— Library Journal (starred review)

"For fans of character-driven science fiction who are interested in how differences can be a source of strength, not weakness."
— Booklist (starred review)