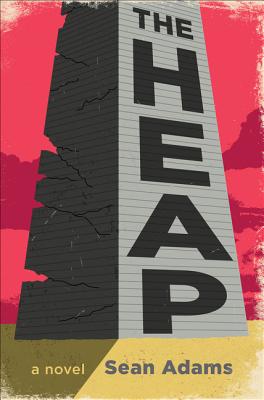 “Like Snowpiercer's train, a George Saunders amusement park, or the fractured cityscape from a Donald Barthelme story, The Heap's Los Verticalés is a sardonic monument to our decadent culture teetering on the brink of collapse. A wry, inventive, and highly original debut.” — Chandler Klang Smith, author of The Sky Is Yours

"The Heap is dizzying in scale, but at its heart it's an endearing and downright fun story about a man who defies all odds to reestablish a familial link that's been sundered by technology, catastrophe and commerce. . . . The first great science fiction novel of 2020, The Heap is sharp, acidic and sweet." — NPR

“Somehow both timely and timeless, The Heap explores with heart what it means to live in the wake of strange new kinds of catastrophe.” — Seth Fried, author of The Municipalists

“As intellectually playful as the best of Thomas Pynchon and as sardonically warm as the best of Kurt Vonnegut, The Heap is both a hilarious send-up of life under late capitalism and a moving exploration of the peculiar loneliness of the early 21st century. A masterful and humane gem of a novel.” — Shaun Hamill, author of A Cosmology of Monsters

“An incandescent, melancholy satire. . . . Fans of Borges and other inventive but piercing stories will revel in this offbeat novel.” — Publishers Weekly

"A sharp, evocative look at human arrogance and the sense of community we build after tragedy." — Library Journal

“A dystopian nightmare that is metaphorical in nature but has a compelling story. . . . A vision of the future that gives the working class a chance to get even.” — Kirkus Reviews

"A deeply weird but poignant novel about the extended family we discover amongst the rubble and ruin of a rich man's folly." — Locus

Sean Adams is a graduate of Bennington College and the Iowa Writers’ Workshop. The Heap is his first novel.