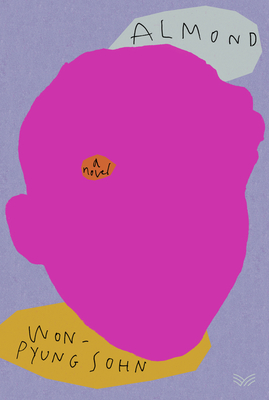 The Emissary meets The Curious Incident of the Dog in the Nighttime in this poignant and triumphant story about how love, friendship, and persistence can change a life forever.

This story is, in short, about a monster meeting another monster.

One of the monsters is me.

Yunjae was born with a brain condition called Alexithymia that makes it hard for him to feel emotions like fear or anger. He does not have friends—the two almond-shaped neurons located deep in his brain have seen to that—but his devoted mother and grandmother provide him with a safe and content life. Their little home above his mother’s used bookstore is decorated with colorful Post-it notes that remind him when to smile, when to say "thank you," and when to laugh.

Then on Christmas Eve—Yunjae’s sixteenth birthday—everything changes. A shocking act of random violence shatters his world, leaving him alone and on his own. Struggling to cope with his loss, Yunjae retreats into silent isolation, until troubled teenager Gon arrives at his school, and they develop a surprising bond.

As Yunjae begins to open his life to new people—including a girl at school—something slowly changes inside him. And when Gon suddenly finds his life at risk, Yunjae will have the chance to step outside of every comfort zone he has created to perhaps become the hero he never thought he would be.

Readers of Wonder by R.J. Palaccio and Ginny Moon by Benjamin Ludwig will appreciate this "resonant" story that "gives Yunjae the courage to claim an entirely different story." (Booklist, starred review)


Praise For Almond: A Novel…

"[A" boldly original piece of fiction, plumbing the depths of the human condition with plenty of humor along the way."
— Entertainment Weekly

"In her debut novel, film director and screenwriter Sohn Won-pyung (with the assistance of translator Sandy Joosun Lee) has created a tender exploration of adolescence — a universal experience complicated here by extraordinary circumstances. This is one of those books that deftly straddles the line between young adult and adult fiction; it has such a gentle heart that readers of all ages will recognize and sympathize with the characters' struggles and celebrate when they ultimately triumph."
— Salon

“Won-pyung Sohn understands that those who think, feel, and communicate differently aren't society's villains, they are its saviors. Her writing possesses seemingly unlimited empathy and tenderness.”
— Madeleine Ryan, author of A Room Called Earth

“In what might be the first novel to feature a protagonist with alexithymia—an inability to identify and express one’s feelings—Korean novelist Sohn’s affecting debut arrives stateside. Raised by his grandmother and mother who worked diligently to guide him through everyday social interactions, Yunjae at 15 is effectively orphaned…. As Yunjae risks communication and connection, the eponymous almond—the undeveloped amygdalae of his brain—takes seed, and gives Yunjae the courage to claim 'an entirely different story. New and unknown.' Winner of the prestigious Changbi Prize for Young Adult Fiction in Korea, Sohn presents a 15-year-old neurodiverse protagonist with much resonance.”
— Booklist (starred review)

“Almond is a tour de force -- deeply engaging, engrossing, and troubling -- a poignant allegory of the contemporary Korean condition that marks the debut of a new international talent."
— Heinz Insu Fenkl, author of Memories of My Ghost Brother and translator of The Nine Cloud Dream by Kim Man-jung

“Delicate and heartbreaking. Like peeling a fruit, Sohn bares human emotion and questions the human condition with a gentle hunger.”
— -Jamie Marina Lau, author of Pink Mountain on Locust Island

“In her debut novel, director and screenwriter Sohn makes the bold decision to choose an emotionally constricted first-person narrator, but the risk pays off. With the aid of a skillful translation…the novel will appeal fully to adults, but mature young readers who must cope in their everyday lives with the struggles of late adolescence will find themselves identifying with Yunjae and moved by his plight. A sensitive exploration of what it's like to live at life's emotional poles.”
— Kirkus Reviews

"The narration by a young protagonist with a disorder that affects his ability to identify and express feelings will rightly draw comparisons to The Curious Incident of the Dog in the Night-Time by Mark Haddon, but Sohn's insightful depiction of an outsider's perspective on society around him will also please fans of other narrators who sharply consider the world at a remove, such as in The Sympathizer by Viet Thanh Nguyen. Readers will treasure the opportunity to see the world through Yunjae's eyes and watch him as he grows."
— Shelf Awareness

Sohn Won-pyung is a film director, screenwriter, and novelist living in South Korea. She earned a BA in social studies and philosophy at Sogang University and film directing at the Korean Academy of Film Arts. She has won several prizes, including the Film Review Award of the 6th Cine21, and the Science Fantasy Writers’ Award for her movie script I Believe in the Moment. She also wrote and directed a number of short films, including Oooh You Make Me Sick and A Two-way Monologue. She made her literary debut in 2017 with this, her first full-length novel, Almond, which won the Changbi Prize for Young Adult Fiction, followed by which won the Jeju 4.3 Peace Literary Award.

Sandy Joosun Lee is a translator and interpreter based in Seoul. She earned a BA in Literature/Writing from the University of California, San Diego. She has received translation grants from Literary Translation Institute of Korea and Publication Industry Promotion Agency of Korea. She currently works at Studio Mir where she translates and develops animated content.