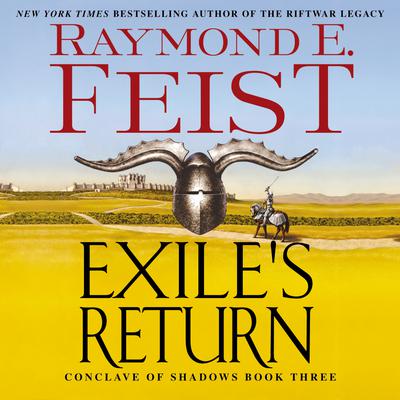 Following Talon of the Silver Hawk and King of Foxes, here is the third exciting volume in the Conclave of Shadows trilogy from the acclaimed author “in the forefront of contemporary fantasy adventure” (Library Journal)

Tal Hawkins has succeeded in wreaking revenge on Kaspar, the evil Duke of Olasko. Banished to a distant land, Kaspar begins a journey that will take him halfway around the world. Reduced to the role of farm-hand, then common laborer, the former ruler endures dangers and horrors beyond his imagination as he struggles to return home.

But fate, or some dark agency, has more in store for the man who was once tyrant of Olasko. As he travels, he is chosen to play a part in a much larger drama, a struggle between good and evil ages in the making. Dark powers are again in motion, and Kaspar discovers the herald of a threat not seen across the land since the legendary Riftwar and Serpentwar: A dark empire in a distant realm seeks entrance to Midkemia and Kaspar has unwittingly discovered the key. Now it is up to this unlikely hero to save Midkemia from the threat of unconditional defeat—and utter destruction.