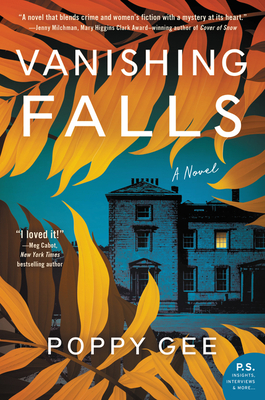 One of CrimeReads Most Anticipated Books of the Year!

"This literary thriller paints as vivid a landscape as any book coming out this summer...Gee creates a lush, tantalizing world that readers will want to travel into deeper and deeper."—CrimeReads

Celia Lily is rich, beautiful, and admired. She’s also missing. And the search for the glamorous socialite is about to expose all the dark, dirty secrets of Vanishing Falls…

Deep within the lush Tasmanian rainforest is the remote town of Vanishing Falls, a place with a storied past. The town’s showpiece, built in the 1800s, is its Calendar House—currently occupied by Jack Lily, a prominent art collector and landowner; his wife, Celia; and their four daughters. The elaborate, eccentrically designed mansion houses one masterpiece and 52 rooms—and Celia Lily isn’t in any of them. She has vanished without a trace.…

Joelle Smithton knows that a few folks in Vanishing Falls believe that she’s simple-minded. It’s true that Joelle’s brain works a little differently—a legacy of shocking childhood trauma. But Joelle sees far more than most people realize, and remembers details that others cast away. For instance, she knows that Celia’s husband, Jack, has connections to unsavory local characters whom he’s desperate to keep hidden. He’s not the only one in town with something to conceal. Even Joelle’s own husband, Brian, a butcher, is acting suspiciously. While the police flounder, unable to find Celia, Joelle is gradually parsing the truth from the gossip she hears and from the simple gestures and statements that can unwittingly reveal so much.

Just as the water from the falls disappears into the ground, gushing away through subterranean creeks, the secrets in Vanishing Falls are pulsing through the town, about to converge. And when they do, Joelle must summon the courage to reveal what really happened to Celia, even if it means exposing her own past…


Praise For Vanishing Falls: A Novel…

"I loved it! I had no idea 'Outback noir' was a thing—now I want to read more."

"...a novel that blends crime and women's fiction with a mystery at its heart. Best of all, this novel introduces us to an unforgettable heroine, Jo-Jo, who will tug at your heartstrings even as you cheer for her to solve the crime.”
— Jenny Milchman, Mary Higgins Clark Award winning author of Cover of Snow and The Second Mother

“Vanishing Falls is an addictive, cleverly plotted mystery-within-a-mystery set in a vividly painted Tasmania. The cast of complex, secret-laden characters will draw you in and keep you riveted until the final page. Twisty and darkly atmospheric, Poppy Gee has created a chilling gem of a novel...”
— Kali White, award-winning author of The Monsters We Make

"Vanishing Falls is a game of Clue in the Tasmanian rainforest with a rich cast of characters and a flawlessly sketched locale. Poppy Gee has written the perfect kind of mystery: a world that feels at once fresh and familiar with a story that drives at a frenzied clip.”
— David Joy, author of When These Mountains Burn

“Fans of Jane Harper’s thrillers and their atmospheric Australian settings will be riveted by this gripping novel... The reader will be hard put to figure this one out and will be amazed by the unique and amazingly resilient protagonist, who is revealed in clear and steadily paced prose.”
— Booklist

"The mystery centers on the disappearance of a local socialite and eccentric, but the story soon widens to encompass the secrets kept by seemingly everyone in this odd little corner of the world. Gee creates a lush, tantalizing world that readers will want to travel into deeper and deeper.”
— CrimeReads

“Poppy Gee has given readers an incredibly well-crafted mystery in the unique setting...Vanishing Falls is definitely for readers who enjoy mysteries involving small, interwoven groups of people, such as Liane Moriarity’s Big Little Lies, Shari Lapena’s The Couple Next Door, or Jessica Strawser’s Not That I Could Tell.”
— The Nerd Daily
or support indie stores by buying on
Copyright © 2020 American Booksellers Association