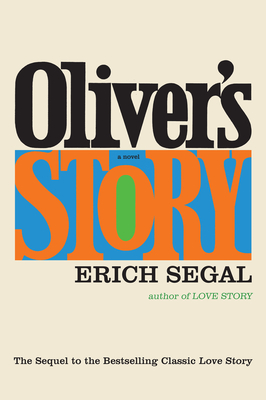 The sequel to the phenomenal national bestseller and enduring classic Love Story.

Can the love of your life appear twice in a lifetime?

Oliver Barrett IV found his soulmate in Jenny Cavilleri. Their love was magical and exhilarating...and though heartbreakingly brief, it was a love to last a lifetime.

Two years have passed since Jenny was taken from him, and Oliver believes he will never love again. Then one day, Marcie—beautiful and mysterious—enters his world and suddenly the future holds new promise.

From the running track in New York's Central Park to the hushed executive suites of a mightly department store empire, from a snowy Massachusetts Christmas to a shattering moment of turth in exotic Hong Kong--the story of Oliver Barrett IV is a story of passion and principle, of a young man's journey out of sadness, into love.


Praise For Oliver's Story: A Novel…

“Reading it, you’ll forget everything else until you’ve finished the last page. What a rare storyteller.” — Detroit News

“An expertly crafted novel that will delight the vast audience that enjoyed its predecessor.” — Cosmopolitan

“Segal has done it again. Mystery, sexual excitement and antagonism in the right mixture work their spell.” — St. Louis Globe-Democrat

“A very pleasurable and believable sequel to Love Story that every reader of the first book and every viewer of the film will enjoy.” — Publishers Weekly

“Compelling . . . as addictive as its predecessor.” — Washington Star