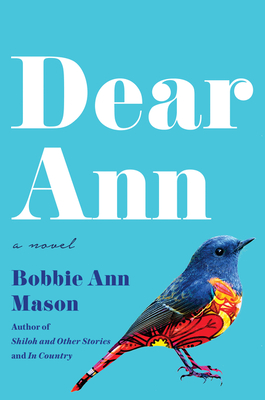 Longlisted for the 2021 PEN/Faulkner Award for Fiction

From the acclaimed author of the classics Shiloh and Other Stories and In Country comes a beautifully crafted and profoundly moving novel which follows a woman as she looks back over her life and her first love.

Ann Workman is smart but naïve, a misfit who’s traveled from rural Kentucky to graduate school in the transformative years of the late 1960s. While Ann fervently seeks higher learning, she wants what all girls yearn for—a boyfriend. But not any boy. She wants the “Real Thing,” to be in love with someone who loves her equally.

Then Jimmy appears, as if by magic. Although he comes from a very different place, upper-middle class suburban Chicago, he is a misfit too, a rebel who rejects his upbringing and questions everything. Ann and Jimmy bond through music and literature and their own quirkiness, diving headfirst into what seems to be a perfect relationship. But with the Vietnam War looming and the country in turmoil, their future is uncertain.

Many years later, Ann recalls this time of innocence—and her own obsession with Jimmy—as she faces another life crisis. Seeking escape from her problems, she tries to imagine where she might be if she had chosen differently all those years ago. What if she had gone to Stanford University, as her mentor had urged, instead of a small school on the East Coast? Would she have been caught up in the Summer of Love and its subsequent dark turns? Or would her own good sense have saved her from disaster?

Beautifully written and expertly told, Dear Ann is the wrenching story of one woman’s life and the choices she has made. Bobbie Ann Mason captures at once the excitement of youth and the nostalgia of age, and how consideration of the road not taken—the interplay of memory and imagination—can illuminate, and perhaps overtake, our present.


Praise For Dear Ann: A Novel…

“In Bobbie Ann Mason's spectacular new novel, a woman looks back on her life, her first love and the choices she made. . . . The tale that unfolds is a profound examination of grief, regret and memory, wrapped in a compelling story of first love. Mason’s confident writing does not miss a step. . . . This book is as true as they come.” — Minneapolis Star Tribune

“Ms. Mason’s first novel, In Country, from 1985, was in part about the devastation the Vietnam War wrought on youthful innocence and idealism, and she thoughtfully pursues the theme again here. For all its sun-dappled daydreaming, Dear Ann arrives at a place of surprising bitterness. The longer the escape, the more painful the return.” — Wall Street Journal

“This elegant book will transport you to another era, with a love that's totally timeless.” — Good Housekeeping

"You can practically smell the incense and hear the Beatles in this love letter to the counterculture of the 1960s." — People

“A fine-tuned novel … brilliantly observed—and the would-be Stanford years contain a top-flight literary look at the impact of the Vietnam War on men and women of our generation on the home front.” — The VVA Veteran

“Deeply moving. . . . A beautifully written homage to the 1960s by a mature writer at the top of her literary power.” — Kirkus, starred review

“Vividly recreates those heady counterculture days as a poignant backdrop for the regrets one often faces when one follows one’s head instead of one’s heart.” — Booklist

“Captures the poignancy of first love, its effect on everything that follows, and the naïveté and uncertainty of youth in the chaos of cultural change. . . . Highly recommended.” — Library Journal

"A writer of power and sympathy, insight and great love for her characters." — NPR

“Bobbie Ann Mason is one of those rare writers who, by concentrating their attention on a few square miles of native turf, are able to open up new and surprisingly wide worlds for the delighted reader.” — The New York Review of Books on Shiloh and Other Stories

"A novel that, like a light bulb, burns an afterimage in our minds." — New York Times on In Country

Bobbie Ann Mason is the author of a number of works of fiction, including The Girl in the Blue Beret, In Country, An Atomic Romance, and Nancy Culpepper. The groundbreaking Shiloh and Other Stories won the PEN Hemingway Award and was shortlisted for the National Book Critics Circle Award, the American Book Award, and the PEN Faulkner Award. Her memoir, Clear Springs, was a finalist for the Pulitzer Prize. She has won two Southern Book Awards and numerous other prizes, including the O. Henry and the Pushcart. Former writer-in-residence at the University of Kentucky, she lives in Kentucky.