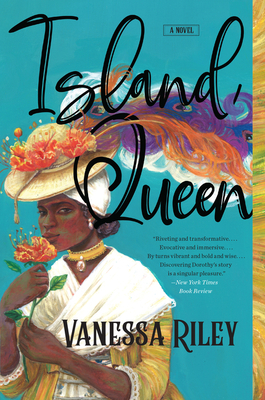 A remarkable, sweeping historical novel based on the incredible true-life story of Dorothy Kirwan Thomas, a free woman of color who rose from slavery to become one of the wealthiest and most powerful landowners in the colonial West Indies.

“There’s a beautiful intimacy in Dorothy’s first-person narration both in substance and expression…Though the story is epic in sweep, its genius lies in its revelation of Dolly’s heroism and her flaws within that subjective voice…Riley does a brilliant job.” — New York Times Book Review (Editors’ Choice)

"Dazzling...compelling...Riley combines in-depth research with passionate and frank storytelling, The experiences and achievements of powerful women, especially those whose lives began among the enslaved, are too often overlooked, and Riley’s richly engaging novel is a ringing reminder of how much we miss when these stories remain untold." — Booklist

“This book is not only a one-sitting read, it’s a slice of history that needs to be told. Utterly brilliant, powerful, and inspiring.” — Kristan Higgins, New York Times bestselling author of Always the Last to Know

"Island Queen is what you would get if you were to drop Olivia Pope and all the men who lusted after her into the 18th Century Caribbean. . . With prose that reads like poetry, Vanessa Riley expertly steers the reader through Dolly’s heartbreaking lows all the way into her triumphant emergence as the richest free woman of color in the islands. Passionate, headstrong, and loyal, Riley’s version of the real-life Dorothy Kirwan Thomas legend will make readers fall in love with this overlooked 'hidden' queen." — Kaia Alderson, author of Sisters in Arms

“Riley…delivers a spirited narrative of an enslaved woman turned Caribbean power broker, based on a historical figure…Riley has made a fascinating character out of Dorothy.” — Publishers Weekly