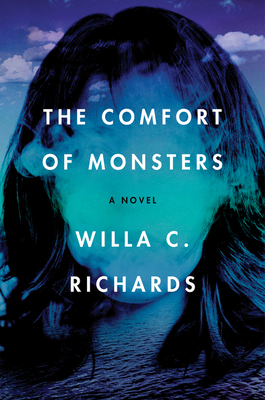 The Comfort of Monsters

Set in Milwaukee during the “Dahmer summer” of 1991, A remarkable debut novel for fans of Mary Gaitskill and Gillian Flynn about two sisters—one who disappears, and one who is left to pick up the pieces in the aftermath.

In the summer of 1991, a teenage girl named Dee McBride vanished in the city of Milwaukee. Nearly thirty years later, her sister, Peg, is still haunted by her sister's disappearance. Their mother, on her deathbed, is desperate to find out what happened to Dee so the  family hires a psychic to help find Dee’s body and bring them some semblance of peace.

The appearance of the psychic plunges Peg back to the past, to those final carefree months when she last saw Dee—the summer the Journal Sentinel called “the deadliest . . . in the history of Milwaukee.” Serial killer Jeffrey Dahmer’s heinous crimes dominated the headlines and overwhelmed local law enforcement. The disappearance of one girl was easily overlooked.

Peg’s hazy recollections are far from easy for her to interpret, assess, or even keep clear in her mind. And now digging deep into her memory raises doubts and difficult—even terrifying—questions. Was there anything Peg could have done to prevent Dee’s disappearance? Who was really to blame for the family's loss? How often are our memories altered by the very act of voicing them? And what does it mean to bear witness in a world where even our own stories are inherently suspect?

A heartbreaking page-turner, Willa C. Richards’ debut novel is the story of a broken family looking for answers in the face of the unknown, and asks us to reconsider the power and truth of memory.


Praise For The Comfort of Monsters: A Novel…

"On its face, The Comfort of Monsters is a riveting page-turner that begs to be read quickly, compulsively. But page by page, this electrifying debut by Willa Richards weaves an increasingly complicated and dark tale of guilt, fury, and the danger of building stories on that shakiest of foundations, memory. Every sentence is a delight in this taut and thrilling debut by Willa Richards."
— Elizabeth Wetmore, New York Times bestselling author of Valentine

"The Comfort of Monsters is shadowed by crime but cares more about consequence--it pairs the pulse-quickening pleasures of a murder mystery with a probing portrait of loss. Willa C. Richards's unflinching debut picks apart a tangled knot of violence, shame, secrecy, lust, and fearsome love. A dark, elegiac examination of sisterhood that's impossible to forget."
— Robin Wasserman, author of Girls on Fire

"The Comfort of Monsters captivates with a cold case, and becomes an unflinching, unapologetic story of sexuality, victimhood, and the dangerous pull of memory. Richards exposes the underbelly of grief, shows the heartbeat shaking that thin skin, and leaves you, at novel’s end, holding something raw, fragile and essentially human. A remarkable debut."
— Lydia Fitzpatrick, author of Lights All Night Long

"Novels that explore the effects and aftermath of serial murder, especially over the course of decades, always capture my interest. Willa C. Richards’s debut, The Comfort of Monsters is a particularly impressive example, setting its layered narrative of sisterhood, tough upbringings, violence and grief against the backdrop of what happened in Milwaukee during the summer of 1991, when the city reeled after Jeffrey Dahmer was arrested for killing a number of young men. Richards has flipped the usual narrative, centering not on the crime itself but on the loss that ripples out from it, on the grief that can’t be relieved even with the prospect of so-called “closure.”
— Sarah Weinman, New York Times

“In her fiery debut novel, Willa Richards folds the electrifying zing of crime fiction into an exceptional study of character. This book begs us to consider why we blame and otherize victims of violent crimes—especially when they come from society’s margins. Potent, gritty, and deeply comprehending, The Comfort of Monsters is written with a clear eye and an aching heart.”
— Amity Gaige, author of Sea Wife

“Impressive. . . . Richards has flipped the usual narrative, centering not on the crime itself but on the loss that ripples from it, on the grief that can't be relieved even with the prospect of so-called ‘closure.’”
— Sarah Weinman, The New York Times Book Review

"In a glut of dead girl stories and true crime vehicles, Richards pulls of a wrenching and rewarding twist on both."
— Publishers Weekly

"A wrenching debut...Meticulously researched and atmospheric, this is a perfect pick for book clubs and true crime aficionados."
— Booklist

“The Comfort of Monsters casts a powerful spell with its sharp, lucid prose and its urgent, irresistible pacing. Underneath this shimmering surface, however, Willa C. Richards has crafted a profound novel of depth, complication, and intelligence, exploring the inconstancy of our recollections and revealing the elusiveness of our deepest truths. This debut is both a thrill and a provocation.”
— Jamel Brinkley, National Book Award Finalist and author of A Lucky Man

Willa C. Richards is a graduate of the Iowa Writers' Workshop, where she was a Truman Capote Fellow. She earned her PhD in English from the University of Wisconsin-Milwaukee. Her work has appeared in the Paris Review and she is a recipient of a PEN/Robert J Dau prize for Emerging Writers.