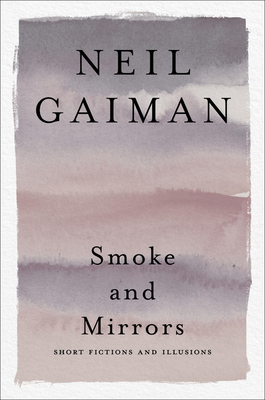 From #1 New York Times bestselling author Neil Gaiman, an outstanding array of short fiction that surveys the terrain between the illusory and the ordinary and reveals the terrors and wonders reflected in the funhouse mirrors of our dreams―one of ten classic Gaiman works repackaged with elegant original watercolor art by acclaimed artist Henry Sene Yee

“He is a treasure-house of story, and we are lucky to have him.” —Stephen King

Spanning the realms of dark imagination, Smoke and Mirrors surveys the terrain between the illusory and the ordinary, treating readers to a gift of wonder and delight from one of the most unique literary artists of our time.

The miraculous inventions contained herein – stories, novellas, and poems – reveal Gaiman to be a writer of immense talent and sophisticated invention. In his deft hands, magic is no mere illusion, but a powerful means of illumination, revelation, and reflection on what it means to be human.

Poignant and haunting, humorous and unorthodox, Smoke and Mirrors is an outstanding array of short fiction from one of the world’s most distinguished literary masters.


Praise For Smoke and Mirrors: Short Fictions and Illusions…

“I read [Smoke and Mirrors] while adjectives like glorious, magical and weird-but-fascinating leapt through my head, then gave up, outclassed . . . [Gaiman’s] artful ruminations stretch from dreamlike folktales to darkly futuristic science fiction . . . a fine introduction to his varied work.” — Minneapolis Star Tribune

“Superb . . . haunting in a disturbing way and often witty and perversely humorous at the same time.” — Richmond Times-Dispatch

“An exhilarating display of the work of one of our most entertaining storytellers.” — Kirkus Reviews (starred)