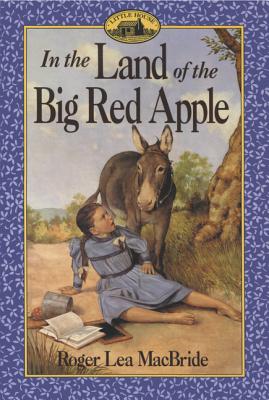 In the Land of the Big Red Apple (Little House Sequel)

The third book in the Rose Years series, the story of the spirited daughter of the author of the beloved Little House series.

Eight going on nine, Rose Wilder is beginning to settle into her new life in Missouri, the Land of the Big Red Apple. Her father is building their farmhouse and she dreams of the day they'll have their own bright crop to harvest. But before that can happen, she has a fierce ice storm to contend with and her first real Christmas in the Ozarks to enjoy.

Roger Lea MacBride, a close friend of Rose Wilder Lane's, was the author of the Rose Years novels.

The late Roger Lea MacBride, Rose Wilder Lane’s adopted grandson, was the author of Little House on Rocky Ridge, Little Farm in the Ozarks, In the Land of the Big Red Apple, and On the Other Side of the Hill, and the editor of West From Home: Letters of Laura Ingalls Wilder, San Francisco 1915, and Rose Wilder Lane: Her Story. He was also an active participant in the creation of the television shows Little House on the Prairie and Young Pioneers.


David Gilleece is the illustrator of all of the Rocky Ridge series titles. He lives in Point Pleasant, PA.