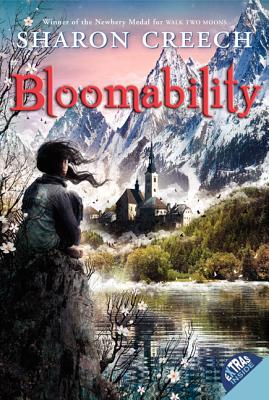 The kidnappers are actually her Aunt Sandy and Uncle Max, but that doesn't matter to Domenica Santolina Doone, better known as Dinnie. She feels as if she's being taken out of the country against her will. Certainly no one asked her opinion. Dinnie is used to change-with her family constantly moving from state to state while her father searches for one new "opportunity" after another. But when her aunt and uncle whisk her away to an international school in Lugano, Switzerland, Dinnie feels that this might be one "opportunity"that isn't right for her.

Suddenly Dinnie's surrounded by kids from many different cultures, backgrounds, and beliefs. Home, and her first life, seem so far away. Can she adapt to a new country, a new home, and new friends? Or will it just be easier to close herself off-just survive-and never realize all the "bloomabilities" that are possible?