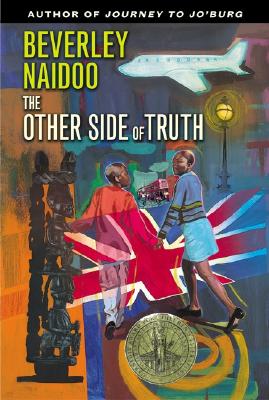 The Other Side of Truth

Will the truth harm them -- or save them?

When Nigeria's corrupt military government kills their mother, twelve-year-old Sade and her brother Femi think their lives are over. Out of fear for their safety, their father, an outspoken journalist, decides to smuggle the children out of Nigeria and into London, where their uncle lives. But when they get to the cold and massive city, they find themselves lost and alone, with no one to trust and no idea when -- or if -- they will ever see their father again.

The Other Side of Truth is a gripping adventure story about courage, family, and the power of truth.


Praise For The Other Side of Truth…

“Vivid portrayal of complex people caught in complex webs using their culture for strength in a time of need.”
— Kirkus Reviews