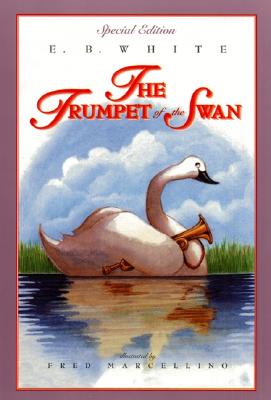 The Trumpet of the Swan

The delightful classic by E. B. White, author of Charlotte's Web and Stuart Little, about overcoming obstacles and the joy of music. This edition features Fred Marcellino's gorgeous illustrations in full color!