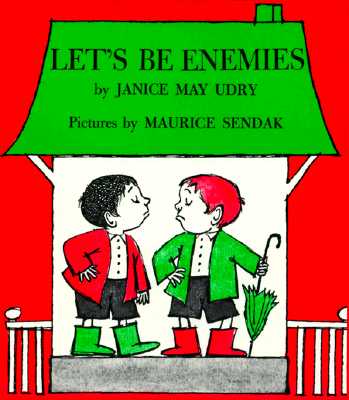 James used to be my friend. But today he is my enemy.

James and John are best friends—or at least they used to be. They shared pretzels, umbrellas, and even chicken pox. Now James always wants to be boss, and John doesn't want to be friends anymore. But when he goes to James' house to tell him so, something unexpected happens.

Mrs. Udry's first book, A Tree Is Nice, illustrated by Marc Simont, won the 1957 Caldecott Award for the most distinguished American picture book. Mrs. Udry is also the author of Glenda, Let's Be Enemies (also illustrated by Maurice Sendak), Mary Ann's Mud Day, The Mean Mouse and Other Mean Stories, and Thump and Plunk.