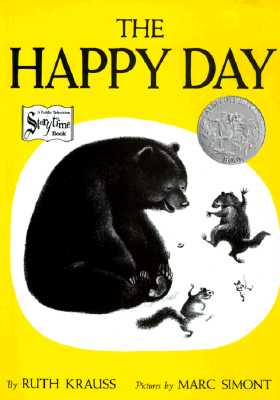 Snow is falling. All the animals are fast asleep in their animal homes. They awake. They open their eyes. They sniff. They run. What will they find?