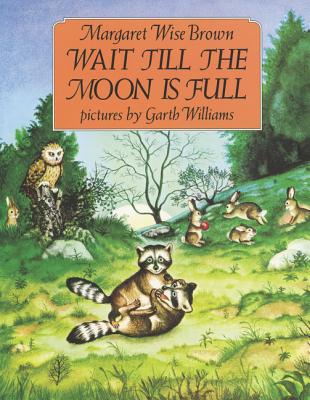 Wait Till the Moon Is Full

From the beloved author of such classics as Goodnight Moon and The Runaway Bunny, Margaret Wise Brown, and renowned children’s book illustrator Garth Williams comes the story of a curious little raccoon who wants to see the night.

But his mother says, “Wait. Wait till the moon is full.” So the little raccoon waits and wonders until, at last, the very special evening arrives…