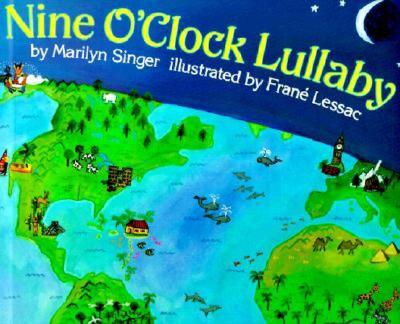 When it′s 9 P.M. in Brooklyn, it′s 10 P.M. in Puerto Rico, and midnight on the mid-atlantic. Far from the vroom of New York traffic, the Puerto Rican night is filled with conga music, sweet rice, and fruit ice. In India, villagers begin their morning chores as well ropes squeak, buckets splash, and bracelets jangle. Meanwhile, in Australia, a sly kookaburra is ready for a noontime feast.