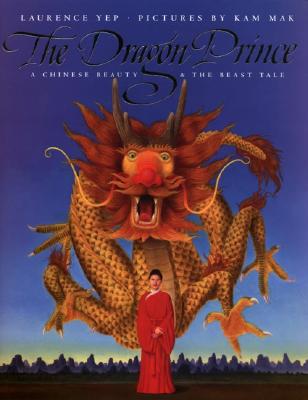 A Chinese Beauty & the Beast Tale

When a poor farmer falls into the clutches of a dragon, only Seven, his youngest daughter, will save him—by marrying the beast.
Publishers Weekly praised "Yep's elegant, carefully crafted storytelling" and Mak's "skillfully and radiantly rendered illustrations" in this captivating and luminous Chinese variation of the beauty and the beast tale.

Kam Mak grew up in New York City's Chinatown. He earned his bachelor of fine arts degree from the School of Visual Arts, and since then he has illustrated book jackets for numerous publishers and taught painting at the Fashion Institute of Technology.

He has also illustrated The Moon of the Monarch Butterflies by Jean Craighead George, The Year of the Panda by Miriam Schlein, and The Dragon Prince by Laurence Yep. Kam Mak lives in Brooklyn, New York, with his wife, son, and daughter.