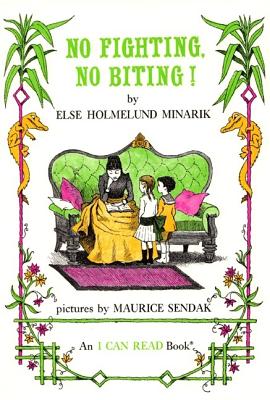 No Fighting, No Biting! (I Can Read Level 2)

She can't read her book when Willy and Rosa are pinching and squeezing and fighting. So she tells them stories about two little alligators who are always fighting and biting—just like Willy and Rosa!