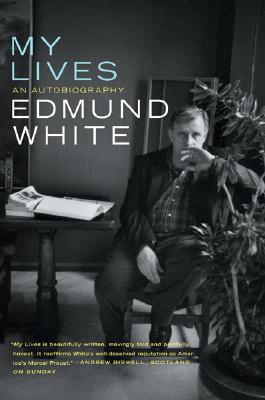 No one has been more frank, lucid, rueful and entertaining about growing up gay in Middle America than Edmund White. Best known for his autobiographical novels, starting with A Boy's Own Story, White here takes fiction out of his story and delivers the facts of his life in all their shocking and absorbing verity.

From an adolescence in the 1950s, an era that tried to "cure his homosexuality" but found him "unsalvageable," he emerged into a 1960s society that redesignated his orientation as "acceptable (nearly)." He describes a life touched by psychotherapy in every decade, starting with his flamboyant and demanding therapist mother, who considered him her own personal test case -- and personal escort to cocktail lounges after her divorce. His father thought that even wearing a wristwatch was effeminate, though custodial visits to Dad in Cincinnati inadvertently initiated White into the culture of "hustlers and johns" that changed his life.

In My Lives, White shares his enthusiasms and his passions -- for Paris, for London, for Jean Genet -- and introduces us to his lovers and predilections, past and present. "Now that I'm sixty-five," writes White, "I think this is a good moment to write a memoir. . . . Sixty-five is the right time for casting a backward glance, while one is still fully engaged in one's life."


Praise For My Lives: An Autobiography…

“Edmund White gave up drinking, smoking, and Paris, too, despite which he’s writing better than ever.”
— Harper's Magazine

“One of the most brilliant and distinguished authors at work in America today.”
— Patrick McGrath

“My Lives is a brave book because White lets it all hang out.”
— Rocky Mountain News

“It is White’s astounding use of language and structure that makes My Lives a scintillating read.”
— Lisa Ko, author of The Leavers

“The great strength of My Lives is its ruthless honesty.”
— San Francisco Chronicle

“White the humane observer and eloquent stylist can make you stand up and cheer.”
— The Oregonian (Portland)
or
Not Currently Available for Direct Purchase
Copyright © 2020 American Booksellers Association