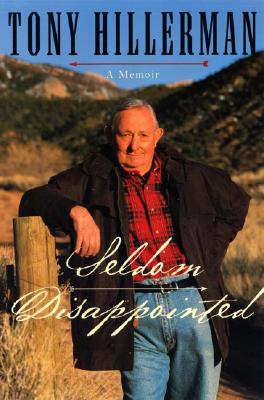 When Tony Hillerman looks back at seventy-six years spent getting from hard-times farm boy to bestselling author, he sees lots of evidence that Providence was poking him along. For example, when an absentminded Army clerk left him off the hospital ship taking the wounded home from France in World War II, the mishap put him on a collision course with a curing ceremony held for two Navajo Marines, thereby providing the grist for a writing career that now sees his books published in twenty-four languages around the world. In this wry and whimsical memoir, Hillerman offers frequent backward glances at where he found ideas for the plots of his books and the characters who inhabit them. For example, there's the way flushing a solitary heron from a sandbar caused him to convert Joe Leaphorn from husband to widower. No child abuse stories here: The worst Hillerman can recall is being sent off to first grade (in a boarding school for Indian girls) clad in cute blue coveralls instead of the manly overalls his farm-boy peers all wore. We get a good-natured trip through hard times in college, a colorful infantry career, and, afterward, work as truck driver, chain dragger, journalist, professor, and "doer of undignified deeds" for two university presidents. All this is colored by his love affair (now in its fifty-fourth year) with Marie, which involved raising six children, most of them adopted.

“A warmly old-fashioned reminiscence from the dean of the American regional mystery.”
— Kirkus Reviews

“A splendid and disarming remembrance of things past.”
— The New York Times Book Review