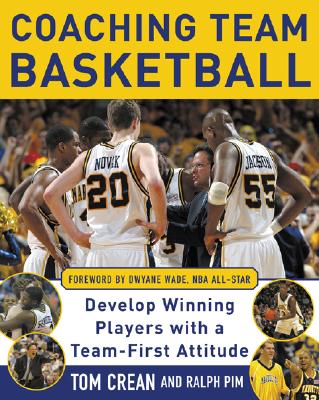 How many times have you heard, "There is no I in team"? Still, U.S. basketball continues to be dominated by individual play, which has led to a number of embarrassing upsets on the world and Olympic courts. From middle-school to the NBA, there are no championships without teamwork--and there's no teamwork without good coaching.

Get away from the flash and start building your successful team today with this one-of-a-kind, step-by-step guide that helps you to: Communicate the core values of integrity and respect Create a vision statement Recruit team players Develop trust and unity with a buddy system Inspire your players to embrace teamwork Get your five defenders working as one Master winning offensive plays that utilize the whole team And more

Tom Crean is the head coach of men's basketball at Marquette University and is widely recognized as one of the best young coaches in college basketball. In 2003 he led his Golden Eagles all the way to the Final Four. He lives in Milwaukee, Wisconsin. Ralph Pim is the division chief for competitive sports in the department of physical education at the United States Military Academy at West Point. He lives in West Point, New York.
or
Not Currently Available for Direct Purchase
Copyright © 2020 American Booksellers Association