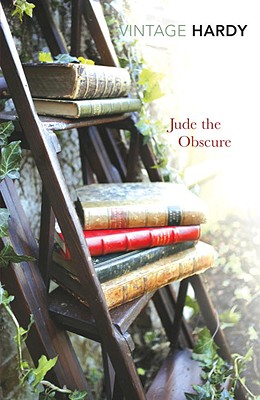 'One of the most compassionate of all writers...you feel a kind of agony of helpless tenderness in the writer for all troubled souls’ The Times

Jude Fawley is a young man who longs to better himself and go to Christminster University. However, poverty forces him into a job as a stonemason and an unhappy marriage. When his wife leaves him Jude moves to Christminster determined to follow his dream. There he meets and falls for his free-spirited cousin, Sue Bridehead. They refuse to marry, much to the disapproval of the community around them. In this heartbreaking story Hardy shows the devastating effects of social prejudice and oppression.

The novel caused outrage when it was published in 1895 and, as a result, was the last novel Hardy ever wrote.

See also: TheReturn of the Native


Praise For Jude the Obscure…

Visceral, passionate, sylvan...anti-hypocrisy, anti-repression..dealing with love, death, with young people with everything before them, dealt a cruelly stacked hand... Hardy reaches deeper, into our wildest recesses. In a safe world, he speaks to our animal side. - - Evening Standard

To no tragic novelist do we surrender more completely at the last...one of the most compassionate of all writers...you feel a kind of agony of helpless tenderness in the writer for all troubled souls - - The Times

Hardy may have been born in 1840 shortly after Victoria came to the throne, but he speaks to the 20th century rather than the 19th. - - Independent

A classic outsider novel. An anthem to misery. - Katy Guest - The Independent

Thomas Hardy was born on 2 June 1840. His father was a stonemason. He was brought up near Dorchester and trained as an architect. In 1868 his work took him to St Juliot's church in Cornwall where he met his wife-to-be, Emma. His first novel, The Poor Man and the Lady, was rejected by publishers but Desperate Remedies was published in 1871 and this was rapidly followed by Under the Greenwood Tree (1872), A Pair of Blue Eyes (1873) and Far from the Madding Crowd (1874). He also wrote many other novels, poems and short stories. Tess of the D'Urbervilles was published in 1891. His final novel was Jude the Obscure (1895). Hardy was awarded the Order of Merit in 1920 and the gold medal of the Royal Society of Literature in 1912. His wife died in 1912 and he later married his secretary. Thomas Hardy died 11 January 1928.
Loading...
or
Not Currently Available for Direct Purchase