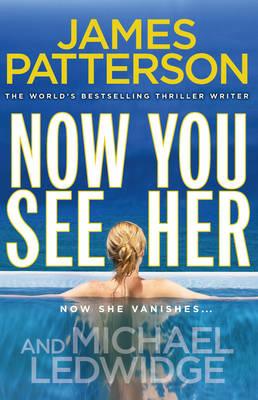 Now You See Her. James Patterson

James Patterson has had more "New York Times" bestsellers than any other writer, ever, according to "Guinness World Records." Since his first novel won the Edgar Award in 1977, James Patterson's books have sold more than 205 million copies. He is the author of the Alex Cross novels, the most popular detective series of the past twenty-five years, including "Kiss the Girls "and "Along Came a Spider." Mr. Patterson also writes the bestselling Women's Murder Club novels, set in San Francisco, and the top-selling New York detective series of all time, featuring Detective Michael Bennett. He writes full-time and lives in Florida with his family.

Michael Ledwidge is the author of The Narrowback, Bad Connection, and most recently, the coauthor, with James Patterson, of The Quickie, Step on a Crack, Run For Your Life, and Worst Case.
Loading...
or
Not Currently Available for Direct Purchase