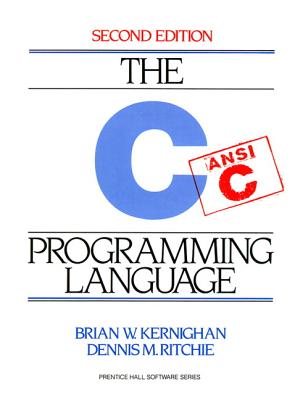 This edition describes C as defined by the ANSI standard. This book is meant to help the reader learn how to program in C. The book assumes some familiarity with basic programming concepts like variables, assignment statements, loops, and functions. A novice programmer should be able to read along and pick up the language.

Brian W. Kernighan received his BASc from the University of Toronto in 1964 and a PhD in electrical engineering from Princeton in 1969. He was a member of the Computing Science Research center at Bell Labs until 2000, and is now a professor in the Computer Science Department at Princeton. He was a co-creator of several programming languages, including AWK, AMPL, and a number of tools for document preparation. He is the co-author of 10 books and some technical papers, and holds 4 patents. He was elected to the National Academy of Engineering in 2002. His research areas include programming languages, tools and interfaces that make computers easier to use, often for non-specialist users. He is also interested in technology education for non-technical audiences. Dennis Ritchie was a computer scientist notable for his influence on ALTRAN, B, BCPL, C, Multics, and Unix.
Loading...
or support indie stores by buying on