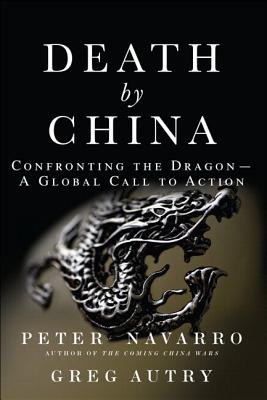 Confronting the Dragon - A Global Call to Action (Paperback)

The world's most populous nation and soon-to-be largest economy is rapidly turning into the planet's most efficient assassin. Unscrupulous Chinese entrepreneurs are flooding world markets with lethal products. China's perverse form of capitalism combines illegal mercantilist and protectionist weapons to pick off American industries, job by job. China's emboldened military is racing towards head-on confrontation with the U.S. Meanwhile, America's executives, politicians, and even academics remain silent about the looming threat. Now, best-selling author and noted economist Peter Navarro meticulously exposes every form of Death by China, drawing on the latest trends and events to show a relationship spiraling out of control. Death by China reveals how thousands of Chinese cyber dissidents are being imprisoned in Google Gulags; how Chinese hackers are escalating coordinated cyberattacks on U.S. defense and America's key businesses; how China's undervalued currency is damaging the U.S., Europe, and the global recovery; why American companies are discovering that the risks of operating in China are even worse than they imagined; how China is promoting nuclear proliferation in its pursuit of oil; and how the media distorts the China story--including a Hall of Shame of America's worst China apologists. This book doesn't just catalogue China's abuses: It presents a call to action and a survival guide for a critical juncture in America's history--and the world's.
Publisher's note - in this book various quotes and viewpoints are attributed to a 'Ron Vara'. Ron Vara is not an actual person, but rather an alias created by Peter Navarro in order to present his views and opinions.

Peter Navarro, business professor at University of California--Irvine, is author of the best-selling The Coming China Wars. His work has appeared in BusinessWeek, The Los Angeles Times, The New York Times, The Wall Street Journal, Harvard Business Review, and MIT Sloan Management Review. A gifted public speaker, Navarro has been featured on 60 Minutes and has appeared on Bloomberg, CNN, NPR, and all three major network news shows. He is a regular CNBC contributor and has testified before Congress and the U.S.--China Commission. His recent books include Seeds of Destruction (with Glenn Hubbard) and Always a Winner. His free weekly newsletter is available at www.peternavarro.com. Greg Autry is an Assistant Clinical Professor of Entrepreneurship at the University of Southern California. He holds an BA in history from Cal Poly Pomona and an MBA and PhD from the Merage School of Management at UC Irvine. He has traveled extensively in China and testified to Congress twice on this issue. His research is focused on the role that government plays in the emergence of new industries and he is an expert on the developing New Space / Commercial Spaceflight economy.
Loading...
or support indie stores by buying on
(This book is on backorder)