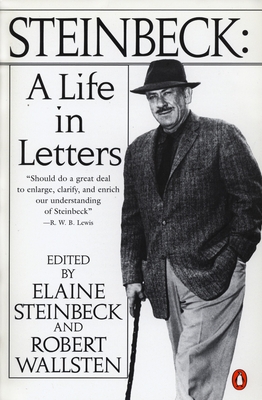 "Surely his most interesting, plausibly his most memorable, and . . . arguably his best book" —The New York Times Book Review

For John Steinbeck, who hated the telephone, letter-writing was a preparation for work and a natural way for him to communicate his thoughts on people he liked and hated; on marriage, women, and children; on the condition of the world; and on his progress in learning his craft. Opening with letters written during Steinbeck's early years in California, and closing with a 1968 note written in Sag Herbor, New York, Steinbeck: A Life in Letters reveals the inner thoughts and rough character of this American author as nothing else has and as nothing else ever will.

"The reader will discover as much about the making of a writer and the creative process, as he will about Steinbeck. And that's a lot." —Los Angeles Herald-Examiner

"A rewarding book of enduring interest, this becomes a major part of the Steinbeck canon." —The Wall Street Journal