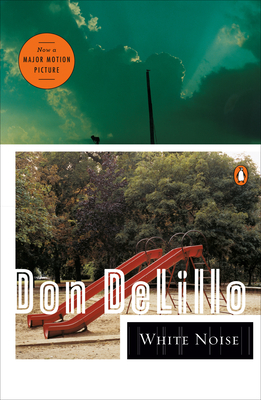 Winner of the National Book Award – a “eerie, brilliant, and touching” (New York Times) family drama about mass culture and the numbing effects of technology


Jack Gladney teaches Hitler studies at a liberal arts college in Middle America where his colleagues include New York expatriates who want to immerse themselves in "American magic and dread." Jack and his fourth wife, Babette, bound by their love, fear of death, and four ultramodern offspring, navigate the usual rocky passages of family life to the background babble of brand-name consumerism.

Then a lethal black chemical cloud floats over their lives, an "airborne toxic event" unleashed by an industrial accident. The menacing cloud is a more urgent and visible version of the "white noise" engulfing the Gladney family--radio transmissions, sirens, microwaves, ultrasonic appliances, and TV murmerings--pulsing with life, yet heralding the danger of death.

Don DeLillo has written sixteen novels, including White Noise, which won the National Book Award. It was followed by Libra, his bestselling novel about the assassination of President Kennedy; Mao II, which won the Pen/Faulkner Award for Fiction; and the bestselling Underworld, which in 2000 won the Howells Medal of the American Academy of Arts and Letters. In 1999, DeLillo was awarded the Jerusalem Prize, given to a writer whose work expresses the theme of freedom of the individual in society. In 2010 DeLillo became the third author to receive the PEN/Saul Bellow Award for Achievement in American Fiction. He was awarded the Library of Congress Prize for American Fiction in 2013, and the National Book Foundation's Medal for Distinguished Contribution to American Letters in 2015.

"DeLillo's eighth novel should win him wide recognition as one of the best American noveslists. . . . the homey comedy of White Noise invites us into a world we're glad to enter. Then the sinister buzz of implication makes the book unforgettably disturbing."
--Newsweek

"A stunning book . . . it is a novel of hairline prophecy, showing a desolate and all-too-believable future in the evidence of an all-too-recognizable present. . . . Through tenderness, wit, and a powerful irony, DeLillo has made every aspect of White Noise a moving picture of a disquiet we seem to share more and more."
--Los Angeles Times

"It's brilliance is dark and sheathed. And probing. In White Noise, Don DeLillo takes a Geiger-counter reading of the American family, and comes up with ominous clicks."
--Vanity Fair

"A stunning performance from one of our most intelligent novelists . . . Tremendously funny."
--The New Republic
or support indie stores by buying on
Copyright © 2020 American Booksellers Association