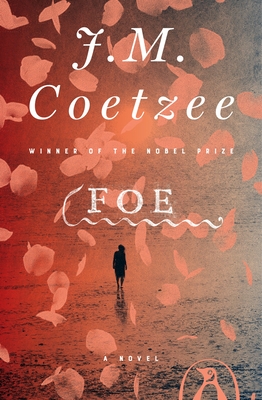 With the same electrical intensity of language and insight that he brought to Waiting for the Barbarians, J.M. Coetzee reinvents the story of Robinson Crusoe—and in so doing, directs our attention to the seduction and tyranny of storytelling itself.

In 1720 the eminent man of letters Daniel Foe is approached by Susan Barton, lately a castaway on a desert island. She wants him to tell her story, and that of the enigmatic man who has become her rescuer, companion, master and sometimes lover: Cruso. Cruso is dead, and his manservant, Friday, is incapable of speech. As she tries to relate the truth about him, the ambitious Barton cannot help turning Cruso into her invention. For as narrated by Foe—as by Coetzee himself—the stories we thought we knew acquire depths that are at once treacherous, elegant, and unexpectedly moving.


Praise For Foe: A Novel…

"A small miracle of a book...of marvelous intricacy and overwhelming power." —The Washington Post Book World

"Foe is a finely honed testament to its author's intelligence, imagination, and skill.... The writing is lucid and precise, the landscape depicted mythic yet specific." —Michiko Kakutani, The New York Times

Born in Cape Town, South Africa, on February 9, 1940, John Michael Coetzee studied first at Cape Town and later at the University of Texas at Austin, where he earned a Ph.D. degree in literature. In 1972 he returned to South Africa and joined the faculty of the University of Cape Town. His works of fiction include Dusklands, Waiting for the Barbarians, which won South Africa’s highest literary honor, the Central News Agency Literary Award, and the Life and Times of Michael K., for which Coetzee was awarded his first Booker Prize in 1983. He has also published a memoir, Boyhood: Scenes From a Provincial Life, and several essays collections. He has won many other literary prizes including the Lannan Award for Fiction, the Jerusalem Prize and The Irish Times International Fiction Prize. In 1999 he again won Britain’s prestigious Booker Prize for Disgrace, becoming the first author to win the award twice in its 31-year history. In 2003, Coetzee was awarded the Nobel Prize in Literature.
or support indie stores by buying on