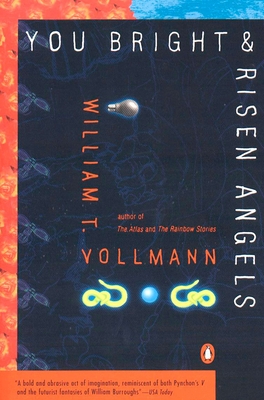 You Bright and Risen Angels

You Bright and Risen Angels is the work of an extraordinary imagination. In this free-wheeling novel of epic proportions, William T. Vollmann has crafted a biting, hilarious satire of history, technology, politics, and misguided love. In the jungles of South America, on the ice fields of Alaska, the plains of the Midwest, and the streets of San Francisco, a fearsome battle rages. The insects are vying for world domination; the inventors of electricity stand in evil opposition. Bug , a young man, rebels against his own kind and joins forces with the insects. Wayne, a thug, allies himself with the malevolent forces of electricity and vows to assassinate the preying mantis who tends bar in Oregon.