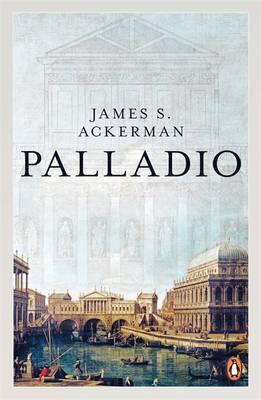 Palladio (1508-80) combined classical restraint with constant inventiveness. In this study, Professor Ackerman sets Palladio in the context of his age - the Humanist era of Michelangelo and Raphael, Titian and Veronese - and examines each of the villas, churches and palaces in turn and tries to penetrate to the heart of the Palladian miracle. Palladio's theoretical writings are important and illuminating, he suggests, yet they never do justice to the intense intuitive skills of "a magician of light and colour". Indeed, as the photographs in this book reveal, Palladio was "as sensual, as skilled in visual alchemy as any Venetian painter of his time", and his countless imitators have usually captured the details, but not the essence of his style. There are buildings all the way from Philadelphia to Leningrad which bear witness to Palladio's "permanent place in the making of architecture", yet he also deserves to be seen on his own terms.

James S. Ackerman is Arthur Kingsley Porter Professor of Fine Arts Emeritus at Harvard University and a Fellow and former Trustee of the American Academy in Rome. Professor Ackerman has lived for several years in Italy, beginning with service during the last war, and is the author of many studies on Italian architecture, including The Cortile del Belvedere (1954), and The Architecture of Michelangelo (1961). He has published The Villa: Form and Ideology of Country Houses (1990) and Distance Points. He is co-author of a volume on historical practice and theory, Art and Archaeology (1963) and has also conceived and narrated the films Looking for Renaissance Rome (1975, with Kathleen Weil-Garris Brandt) and Palladio the Architet and His Influence in America (1980). Phyllis Massar is an architectural photographer who lives in New York City.
or
Not Currently Available for Direct Purchase
Copyright © 2020 American Booksellers Association