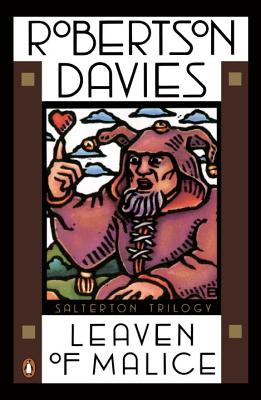 Winner of the Lealock Award for Humor

“His writing is full of zest, wit, and urbanity. The soundness of his moral is apparent. The leaven of malice grows, and swells, and sooner or later touches all of us.” – The New York Times Book Review

“The reader will find it a riot—engrossing from opening prank to final curtain.” – The Toronto Star

The following announcement appeared in the Salterton Evening Bellman: “Professor and Mrs. Walter Vambrace are pleased to announce the engagement of their daughter, Pearl Veronica, to Solomon Bridgetower, Esq., son of…” Although the malice that prompted the insertion of this false engagement notice was aimed at three people only – Solly Bridgetower, a junior instructor in English at Waverly University; Pearl Vambrace, the subdued daughter of a domineering professor; and Gloster Ridley, the anxiety-ridden editor of the Evening Bellman – before the leaven of malice had ceased to work it had changed permanently, for good or ill, the lives of many of the citizens of Salterton. Robertson Davies jumps at the opportunity this situation provides to create memorable characters and lasting impression.

Robertson Davies (1913-1995) had three successive careers during the time he became an internationally acclaimed author: actor, publisher, and, finally, professor at the University of Toronto. The author of twelve novels and several volumes of essays and plays, he was the first Canadian to be inducted into the American Academy of Arts and Letters.
Loading...
or
Not Currently Available for Direct Purchase