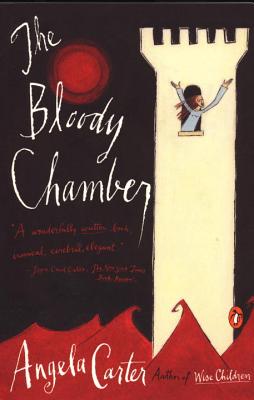 Praise For The Bloody Chamber: And Other Stories…

"She writes a prose that lends itself to magnificent set pieces of fastidious sensuality … dreams, myths, fairy tales, metamorphoses, the unruly unconscious, epic journeys, and a highly sensual celebration of sexuality in both its most joyous and darkest manifestations."
—Ian McEwan

"Carter not only switches her narrative into the wholly explicit but turns the passive predicament of the heroine into one in which the convention of female role-playing seems to have no part, only brisk and derisisve common sense, the best feminine tactic in a tight corner. The tales are retold by Angla Carter with all her supple and intoxicating bravura."
—The New York Review of Books

"She was, among other things, a quirky, original, and baroque styleist, a trait especially marked in The Bloody Chamber – her vocabulary a mix of finely tuned phrase, luscious adjective, witty aphorism, and hearty, up-theirs vulgarity."
—Margaret Atwood, The Observer