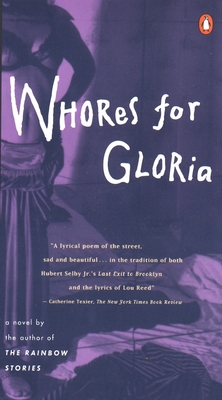 From the acclaimed author of Europe Central comes this fever dream of a novel about an alcoholic Vietnam veteran, Jimmy, who devotes his government check and his waking hours to the search for a beautiful and majestic sex worker, a woman who may or may not exist save in Jimmy's rambling dreams. Gloria's image seems distilled from memory and fantasy and the fragments of whatever Jimmy can buy from the other sex workers: their sex, their stories—all the unavailing dreams of love and salvation among the drinkers and addicts who haunt San Francisco's Tenderloin District.

William T. Vollmann is the author of ten novels, including Europe Central, which won the National Book Award.  He has also written four collections of stories, including The Atlas, which won the PEN Center USA West Award for Fiction, a memoir, and six works of nonfiction, including Rising Up and Rising Down and Imperial, both of which were finalists for the National Book Critics Circle Award. He is the recipient of a Whiting Writers Award and the Strauss Living Award from the American Academy of Arts and Letters.  His journalism and fiction have been published in The New Yorker, Harpers, Esquire, Granta, and many other publications.
or
Not Currently Available for Direct Purchase