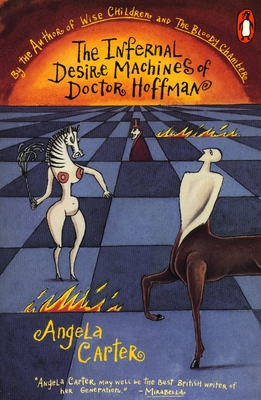 The transformation of Desiderio's city into a mysterious kingdom is instantaneous: Hallucination flows with magical speed in every brain; avenues and plazas are suddenly as fertile as fairy-book forests. And the evil comes, too, as imaginary massacres fill the streets with blood, the dead return to question the living, and profound anxiety drives hundreds to suicide.

Behind it all stands Doctor Hoffman, whose gigantic generators crack the immutable surfaces of time and space and plunge civilization into a world without the chains – or structures – of reason. Only Desiderio, immune to mirages and fantasy, can defeat him. But Desiderio's battle will take him to the very brink of undeniable, irresistible desire.


Praise For The Infernal Desire Machines of Doctor Hoffman…

"Angela Carter may well be the best British writer of her generation."
—Mirabella

Angela Carter (1940 -1992) wrote nine novels and numerous short stories, as well as nonfiction, radio plays, and the screenplay for Neil Jordan's 1984 movie The Company of Wolves, based on her story. She won numerous literary awards, traveled and taught widely in the United States, and lived in London.
or
Not Currently Available for Direct Purchase