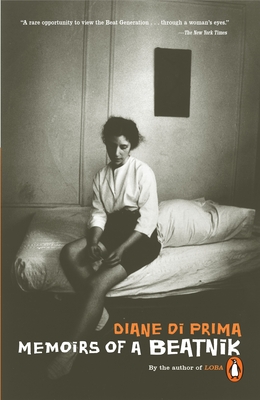 Memoirs of a Beatnik

Long regarded as an underground classic for its gritty and unabashedly erotic portrayal of the Beat years, Memoirs of a Beatnik is a moving account of a powerful woman artist coming of age sensually and intellectually in a movement dominated by a small confederacy of men, many of whom she lived with and loved. Filled with anecdotes about her adventures in New York City, Diane di Prima's memoir shows her learning to "raise her rebellion into art," and making her way toward literary success. Memoirs of a Beatnik offers a fascinating narrative about the courage and triumphs of the imagination.

Diane di Prima is the author of thirty-four books of poetry and prose, which have been translated into sixteen languages. Born in New York City in the 1930s, she currently lives in San Francisco, where she works as a writer and teacher. Her most recent books include Pieces of a Song: Selected Poems and Loba, Books I and II.
Loading...
or support indie stores by buying on