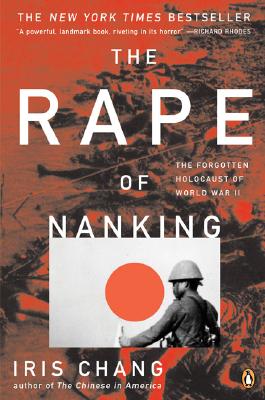 In December 1937, the Japanese army swept into the ancient city of Nanking. Within weeks, more than 300,000 Chinese civilians were systematically raped, tortured, and murdered—a death toll exceeding that of the atomic blasts of Hiroshima and Nagasaki combined. Using extensive interviews with survivors and newly discovered documents, Iris Chang has written what will surely be the definitive history of this horrifying episode. The Rape of Nanking tells the story from three perspectives: of the Japanese soldiers who performed it, of the Chinese civilians who endured it, and of a group of Europeans and Americans who refused to abandon the city and were able to create a safety zone that saved almost 300,000 Chinese. Among these was the Nazi John Rabe, an unlikely hero whom Chang calls the "Oskar Schindler of China" and who worked tirelessly to protect the innocent and publicize the horror. More than just narrating the details of an orgy of violence, The Rape of Nanking analyzes the militaristic culture that fostered in the Japanese soldiers a total disregard for human life. Finally, it tells the appalling story: about how the advent of the Cold War led to a concerted effort on the part of the West and even the Chinese to stifle open discussion of this atrocity. Indeed, Chang characterizes this conspiracy of silence, that persists to this day, as "a second rape."


Praise For The Rape of Nanking…

"The first comprehensive examination of the destruction of this Chinese imperial city...Ms. Chang, whose grandparents narrowly escaped the carnage, has skillfully excavated from oblivion the terrible events that took place." —The Wall Street Journal

"A powerful new work of history and moral inquiry. Chang takes great care to establish an accurate accounting of the dimensions of the violence." —Chicago Tribune

"Chang reminds us that however blinding the atrocities in Nanking may be, they are not forgettable—at least not without peril to civilization itself." —The Detroit News

"A story that Chang recovers with raw urgency...an important step towards recognition of this tragedy." —San Francisco Bay Guardian

Iris Chang's numerous honors include the John T. and Catherine D. MacArthur Foundation's Program on Peace and International Cooperation Award. Her work has appeared in many publications, including the New York Times, Newsweek, and the Los Angeles Times. She is also the author of the bestselling The Rape of Nanking, available from Penguin.
Loading...
or
Not Currently Available for Direct Purchase