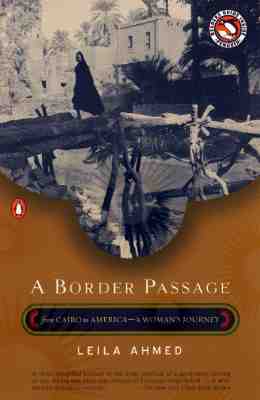 From Cairo to America--A Woman's Journey

In language that vividly evokes the lush summers of Cairo and the stark beauty of the Arabian desert, Leila Ahmed tells a moving tale of her Egyptian childhood growing up in a rich tradition of Islamic women and describes how she eventually came to terms with her identity as a feminist living in America.

As a young woman in Cairo in the 1940s and '50s, Ahmed witnessed some of the major transformations of this century—the end of British colonialism, the creation of Israel, the rise of Arab nationalism, and the breakdown of Egypt's once multireligious society. Amid the turmoil, she searched to define herself—and to see how the world defined her—as a woman, a Muslim, an Egyptian, and an Arab. In this memoir, she poignantly reflects upon issues of language, race, and nationality, while unveiling the hidden world of women's Islam. Ahmed's story wil be an inspiration to anyone who has ever struggled to define their own cultural identity.

Leila Ahmed is the first professor of Women's Studies and Religion at Harvard Divinity School. She is the author of Women and Gender in Islam, and the memoir, A Border Passage.
or
Not Currently Available for Direct Purchase
Copyright © 2020 American Booksellers Association