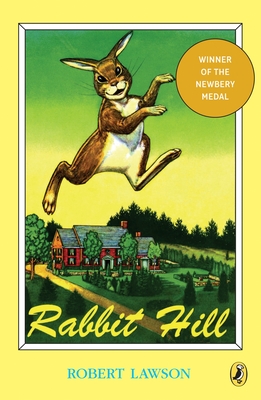 It has been a while since Folks lived in the Big House, and an even longer time has passed since there has been a garden at the House. All the animals of the Hill are very excited about the new Folks moving in, and they wonder how things are going to change. It's only a matter of time before the animals of the Hill find out just who is moving in, and they may be a little bit surprised when they do.

"A skillful blending of humor and whimsy, Robert Lawson has given a distinct personality to each animal, not only by his equisitely fine drawings but by word pictures as well." --Library Journal

Robert Lawson (1892-1957) received his art training at the New York School of Fine and Applied Arts. His favorite medium, pen and ink, is used expressively and with detail in his black and white illustrations in The Story of Ferdinand (by Munro Leaf). In addition to illustrating many children's books, including Mr. Popper's Penguins, Robert Lawson also wrote and illustrated a number of his own books for children. In 1940, he was awarded the Caldecott Medal for his picture book illustrations in They Were Strong and Good and in 1944, he was awarded the Newbery Medal for his middle grade novel Rabbit Hill.
Loading...
or
Not Currently Available for Direct Purchase