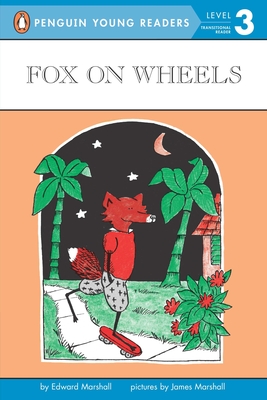 Mom is cramping Fox's style. First he has to babysit for his little sister Louise. Then he has to do the shopping. Can Fox do it all and still remain the fastest fox on wheels? Gangway!

Edward Marshall is the writer of Fox at School, Fox and His Friends, Fox on Wheels, Fox All Week, Fox in Love, and many other children’s titles.

James Marshall was born in San Antonio, Texas, and grew up 16 miles outside of the town on the family farm. He graduated from Southern Connecticut State University with a degree in history and French. He is best known for his series on the mischievous exploits of Fox, a debonair, lazy showoff; the uproarious adventures of the two Cut-Ups, Spud and Joe; George and Martha; and the misadventures of the Stupid family. In 1989 he won a Caldecott Honor for Golidlocks and the Three Bears. He died in 1992.
Loading...
or support indie stores by buying on
(This book is on backorder)