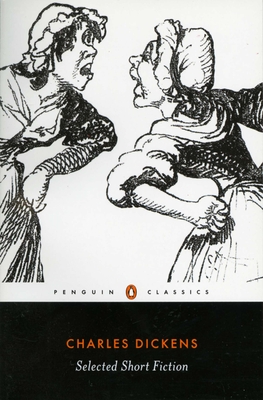 By Charles Dickens, Deborah A. Thomas (Introduction by)

Stories of comedy and character from one of Britain's greatest novelists

This witty and amusing collection of short pieces shows Dickens liberated from the more formal and sustained demands of the novel and experimenting with a diverse range of fictional techniques. In his tales of the supernatural, he creates frighteningly believable, spine-tingling stories of prophetic dreams and visions, as well as more fantastical adventures with goblins and apparitions. Impressionistic sketches combine imaginatively heightened travel journals with wry observations of home and abroad, while in his dramatic monologues, Dickens demonstrates his talent for exploring the secret workings of the human mind. These short works display Dickens's exuberant sense of comedy and character as his imagination is given free rein.

Charles Dickens was born on February 7, 1812, in Landport, Portsea, England. He died in Kent on June 9, 1870. The second of eight children of a family continually plagued by debt, the young Dickens came to know not only hunger and privation,but also the horror of the infamous debtors’ prison and the evils of child labor. A turn of fortune in the shape of a legacy brought release from the nightmare of prison and “slave” factories and afforded Dickens the opportunity of two years’ formal schooling at Wellington House Academy. He worked as an attorney’s clerk and newspaper reporter until his Sketches by Boz (1836) and The Pickwick Papers (1837) brought him the amazing and instant success that was to be his for the remainder of his life. In later years, the pressure of serial writing, editorial duties, lectures, and social commitments led to his separation from Catherine Hogarth after twenty-three years of marriage. It also hastened his death at the age of fifty-eight, when he was characteristically engaged in a multitude of work.
or support indie stores by buying on
(This book is on backorder)
Copyright © 2020 American Booksellers Association