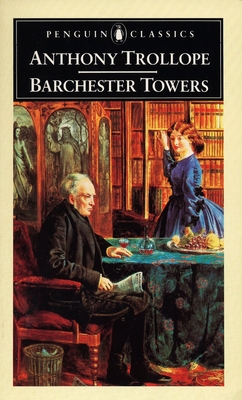 After the death of old Dr Grantly, a bitter struggle begins over who will succeed him as Bishop of Barchester. And when the decision is finally made to appoint the evangelical Dr Proudie, rather than the son of the old bishop, Archdeacon Grantly, resentment and suspicion threaten to cause deep divisions within the diocese. Trollope’s masterly depiction of the plotting and back-stabbing that ensues lies at the heart of one of the most vivid and comic of his Barsetshire novels, peopled by such very different figures as the saintly Warden of Hiram’s Hospital, Septimus Harding, the ineffectual but well-meaning new bishop and his terrifying wife, and the oily chaplain Mr Slope who has designs both on Mr Harding’s daughter and the fascinating would-be femme fatale Signora Vesey-Neroni.

This is the second volume of Trollope’s Chronicles of Barsetshire. In his introduction, Robin Gilmour examines the novel’s political and social background and Trollope’s concern with changes occurring in society. This edition also includes a preface by J. K. Galbraith.

Anthony Trollope (1815-1882) was born in London to a bankrupt barrister father and a mother who, as a well-known writer, supported the family. Trollope enjoyed considerable acclaim both as a novelist and as a senior civil servant in the Post Office. He published more than forty novels and many short stories that are regarded by some as among the greatest of nineteenth-century fiction.
or
Buy Here
Copyright © 2020 American Booksellers Association