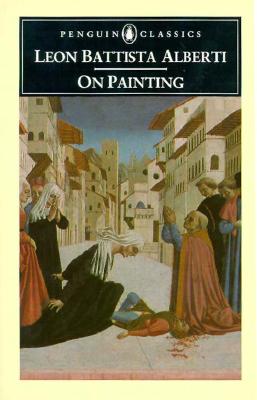 Artist, architect, poet and philosopher, Leon Battista Alberti revolutionized the history of art with his theories of perspective in On Painting (1435). Inspired by the order and beauty inherent in nature, his groundbreaking work sets out the principles of distance, dimension and proportion; instructs the painter on how to use the rules of composition, representation, light and colour to create work that is graceful and pleasing to the eye; and stipulates the moral and artistic pre-requisites of the successful painter. On Painting had an immediate and profound influence on Italian Renaissance artists including Ghiberti, Fra Angelico and Veneziano and on later figures such as Leonardo da Vinci, and remains a compelling theory of art.

Leon Battista Alberti was the archetype of the Renaissance 'universal man'. Bron in Genoa in 1404, he belonged to one of the wealthy merchant-banker families of Florence, and was sent to boarding school in Padua where he received a classical Latin education. Graduating in canon law from the University of Bologna, he subsequently entered the service of the Church and became a secretary in the Papal Chancery at Rome. Taking holy orders, he returned to Florence in 1434, where his association with Donatello and Brunelleschi led to the book On Painting and his interest in the design of Churches. He died in Rome in 1472. Cecil Grayson was Serena Professor of Italian Studies and Fellow of Magdalen College from 1958 to 1987 and was honoured by numerous Italian academies. The leading authority on Alberti's written work, he was awarded the CBE in 1992. Martin Kemp has been Professor of the History of Art at the University of Oxford since 1995.
Loading...
or
Not Currently Available for Direct Purchase