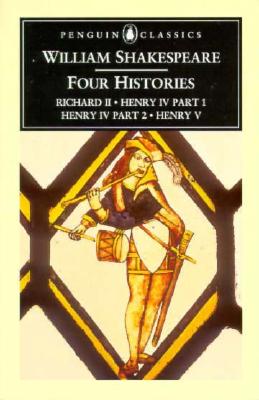 This volume contains Richard II, Henry IV Part One, Henry IV Part Two, and Henry V. Each play possesses its own distinctive mood, tone and style, and together they inhabit the turbulent period of change from the usurpation of the throne of Richard II by Bolingbroke to the triumph of heroic kingship in Henry V.

William Shakespeare was born in Stratford-upon-Avon in April, 1564, and his birth is traditionally celebrated on April 23. The facts of his life, known from surviving documents, are sparse. He died on April 23, 1616, and was buried in Holy Trinity Church, Stratford.
Loading...
or
Not Currently Available for Direct Purchase