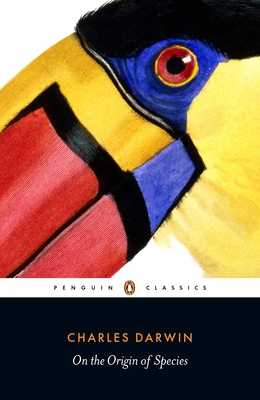 Charles Darwin's seminal formulation of the theory of Evolution, On the Origin of Species continues to be as controversial today as when it was first published.

Written for a general readership, On the Origin of Species sold out on the day of its publication and has remained in print ever since. Instantly and persistently controversial, the concept of natural selection transformed scientific analysis about all life on Earth. Before the Origin of Species, accepted thinking held that life was the static and perfect creation of God. By a single, systematic argument Darwin called this view into question. His ideas have affected public perception of everything from religion to economics. William Bynum's introduction discusses Darwin's life, the publication and reception of the themes of On the Origin of Species, and the subsequent development of its major themes. The new edition also includes brief biographies of some of the most important scientific thinkers leading up to and surrounding the Origin of Species, suggested further reading, notes and a chronology.

Charles Darwin, a Victorian scientist and naturalist, has become one of the most famous figures of science to date. Born in 1809 to an upper-middle-class medical family, he was destined for a career in either medicine or the Anglican Church. However, he never completed his medical education and his future changed entirely in 1831 when he joined HMS Beagle as a self-financing, independent naturalist. On returning to England in 1836 he began to write up his theories and observations which culminated in a series of books, most famously On the Origin of Species by Means of Natural Selection in 1859, where he challenged and contradicted contemporary biological and religious beliefs with two decades worth of scientific investigation and theory. Darwin's theory of natural selection is now the most widely accepted scientific model of how species evolve. He died in 1882 and was buried in Westminster Abbey.

Damien Hirst is an internationally renowned English artist, who has dominated the art scene in England since the 1990s. Known in particular for his series of works on death, Hirst here provides a contemporary, visual take on Darwin's theory of evolution - the struggle between life and death in nature.