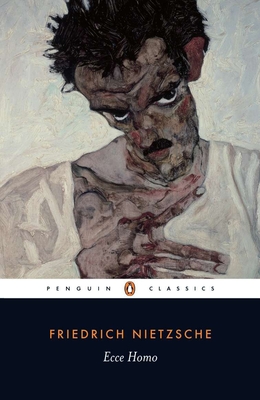 How One Becomes What One Is; Revised Edition

In late 1888, only weeks before his final collapse into madness, Nietzsche (1844-1900) set out to compose his autobiography, and Ecce Homo remains one of the most intriguing yet bizarre examples of the genre ever written. In this extraordinary work Nietzsche traces his life, work and development as a philosopher, examines the heroes he has identified with, struggled against and then overcome - Schopenhauer, Wagner, Socrates, Christ - and predicts the cataclysmic impact of his 'forthcoming revelation of all values'. Both self-celebrating and self-mocking, penetrating and strange, Ecce Homo gives the final, definitive expression to Nietzsche's main beliefs and is in every way his last testament.

Frederich Nietzsche (1844-1900) became the chair of classical philology at Basel University at the age of 24 until his bad health forced him to retire in 1879. He divorced himself from society until his final collapse in 1899 when he became insane. He died in 1900. R.J. Hollingdale translated 11 of Nietzsche's books and published 2 books about him.
or
Buy Here
Copyright © 2020 American Booksellers Association