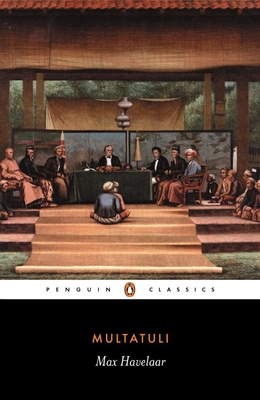 Or the Coffee Auctions of the Dutch Trading Company

One of the most forceful indictments of colonialism ever written and a masterpiece of Dutch literature, in an esteemed translation by an award-winning translator

Max Havelaar—a Dutch civil servant in Java—burns with an insatiable desire to end the ill treatment and oppression inflicted on the native peoples by the colonial administration. Max is an inspirational figure, but he is also a flawed idealist whose vow to protect the Javanese from cruelty ends in his own downfall. In Max Havelaar, Multatuli (pseudonym for Eduard Douwes Dekker) vividly recreated his own experiences in Java and tellingly depicts the hypocrisy of those who gained from the corrupt coffee trade. Sending shockwaves through the Dutch nation when it was published in 1860, this damning exposé of the terrible conditions in the colonies led to welfare reforms in Java and continues to inspire the Fairtrade movement today.

Praise For Max Havelaar: Or the Coffee Auctions of the Dutch Trading Company…

“A literary masterpiece of the first order.” —R. P. Meijer, from the Introduction

Multatuli (1820–1887) was the pseudonym of Eduard Douwes Dekker. He was born in Amsterdam, the son of a Dutch sea captain. In 1838 he went to the Indies and joined the East Indian Civil Service. Despite being involved in various disputes with his superiors, his outstanding abilities were recognized and he rose steadily in rank. He married Everdine, Baroness van Wijnbergen, in 1846 and they had two children. Increasingly unable to accept the brutalities of colonial rule, he resigned from the service in 1856. Years of poverty followed, during which he wandered around Europe, struggling to survive by his writing and endeavoring to improve the situation of the Javanese. Max Havelaar, his powerful indictment of colonialism, was written during 1859 and caused a sensation in Holland when it was published in 1860. He spent his later years involved in political and economic polemics.

An Englishman by birth, Roy Edwards (translator; 1918–1980) married a Dutch-speaking wife and settled in the Low Countries in his later years. During the 1950s and 1960s he translated the works of many of the Netherlands’ greatest authors and was awarded the prestigious Martinus Nijhoff Prize in 1962 for his translations from the Dutch.

R. P. Meijer (introduction; 1926–1993) was born in the Netherlands and earned his first degree from the University of Amsterdam. For several years he taught at the University of Melbourne, and was Professor of Dutch Language and Literature at the University of London, first at Bedford College and later at University College, from 1971 until 1988. His publications include Literature of the Low Countries (1978), Dutch Grammar and Reader (with Jacob Smit, 1976) and Post-war Dutch and Flemish Poetry (1974). He was a regular reviewer for NRC Handelsblad under the pseudonym P. M. Reinders and an editor of Neerlandica extra Muros.
Loading...
or
Not Currently Available for Direct Purchase