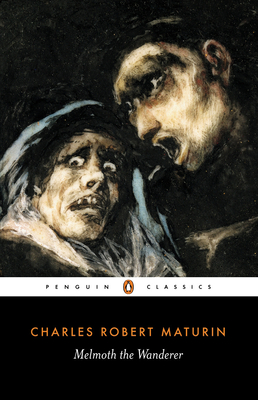 Created by an Irish clergyman, Melmoth is one of the most fiendish characters in literature. In a satanic bargain, Melmoth exchanges his soul for immortality. The story of his tortured wanderings through the centuries is pieced together through those who have been implored by Melmoth to take over his pact with the devil. Influenced by the Gothic romances of the late 18th century, Maturin's diabolic tale raised the genre to a new and macabre pitch. Its many admirers include Poe, Balzac, Oscar Wilde and Baudelaire.

Charles Robert Maturin (1782-1824) was born in Dublin and educated at Trinity College. He took orders and worked as a curate in Loughrea and Dublin. Maturin enjoyed literary success with his Gothic novels and a tragedy 'Bertram' (1816). His later plays and fiction, including Melmoth the Wanderer, were neglected and he died in poverty.

Victor Sage is Reader in Literature in the School of English and American Studies at the University of East Anglia.
Loading...
or support indie stores by buying on