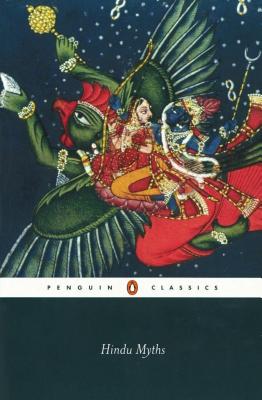 A Sourcebook Translated from the Sanskrit

Recorded in sacred Sanskrit texts, including the Rig Veda and the Mahabharata, Hindu Myths are thought to date back as far as the tenth century BCE. Here in these seventy-five seminal myths are the many incarnations of Vishnu, who saves mankind from destruction, and the mischievous child Krishna, alongside stories of the minor gods, demons, rivers and animals including boars, buffalo, serpents and monkeys. Immensely varied and bursting with colour and life, they demonstrate the Hindu belief in the limitless possibilities of the world - from the teeming miracles of creation to the origins of the incarnation of Death who eventually touches them all.

Wendy Doniger holds doctoral degrees in Indian literature from Harvard and Oxford Universities and is the Mircea Eliade Professor of the History of Religions at the University of Chicago. Her publications include translations of The Rig Veda and The Laws of Manu for the Penguin Classics, and the acclaimed Kama Sutra for OUP.
or
Not Currently Available for Direct Purchase
Copyright © 2020 American Booksellers Association